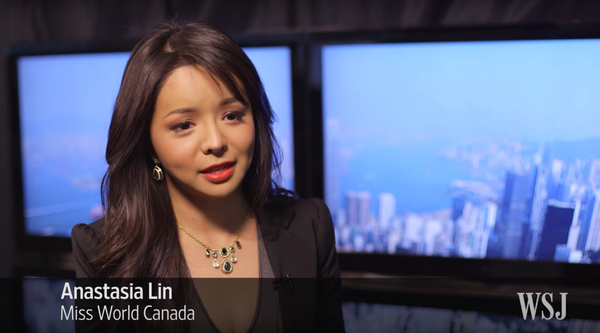 Miss World Canada Anastasia Lin is barred from entering China, where the Miss World pageant will be taking place on December 19. The WSJ's Eva Tam sat down with Ms. Lin to discuss how her advocacy for human rights has jeopardized her chances to compete in the contest, and her relationship with her father. 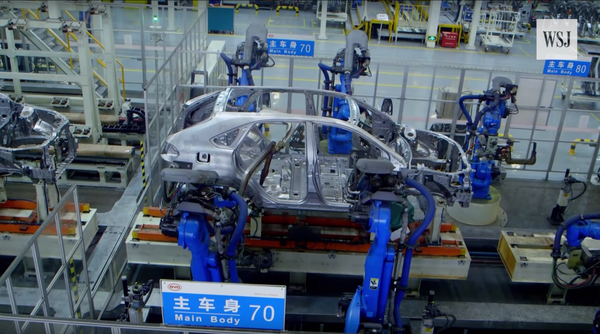 Electric Cars Are a Hit With Chinese Consumers

China is the world's largest market for electric vehicles, thanks largely to subsidies that drive costs down. Those incentives will end by 2020, but the government is betting that won't be the end of the road for its electric dream. 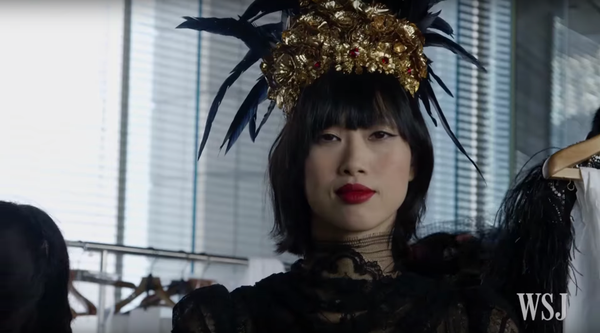 Dolce & Gabbana held its first fashion show outside Italy in Hong Kong to showcase some of the world’s most expensive clothing, betting that there is still demand from the ultrawealthy for jewel-encrusted tiaras and glittery dresses. 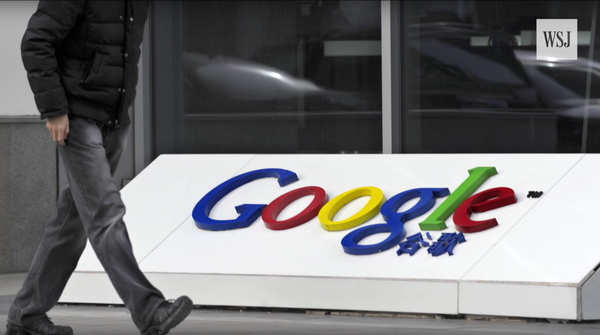 Seven Years Without Google in China

In the seven years since Google abandoned its China operations, the Chinese have learned to live without it. 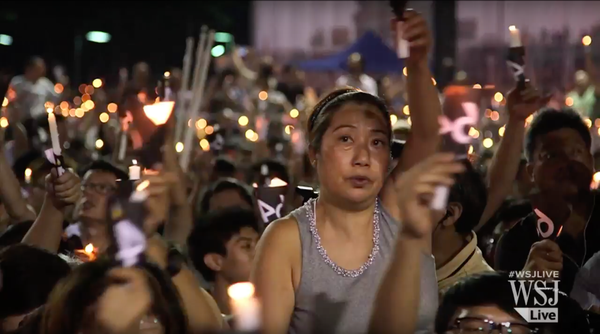 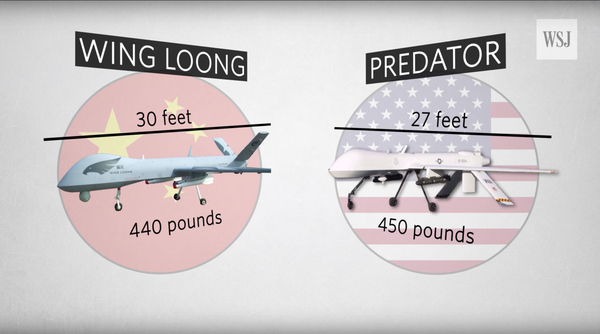 As the U.S. tries to curb the selling of military drones overseas, China is filling the void, expanding sales of the advanced weaponry in the Middle East and Africa. 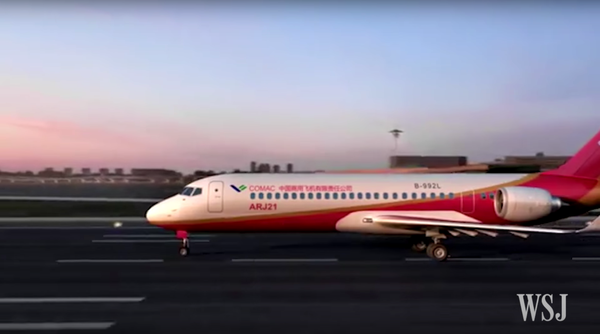 Beijing has long wanted to develop an advanced aerospace industry capable of rivaling Western giants such as Airbus and Boeing. Here is a look back at some of China's efforts so far. 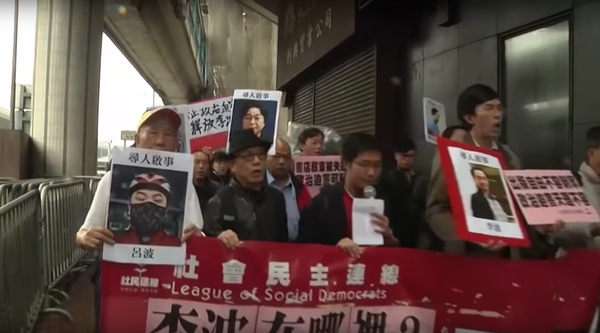 As five people affiliated with the Beijing-critical Mighty Current publisher remain missing, the WSJ's Eva Tam explains why people in Hong Kong fear China will clamp down on their rights under the "one country two systems" arrangement before it ends in 2047. 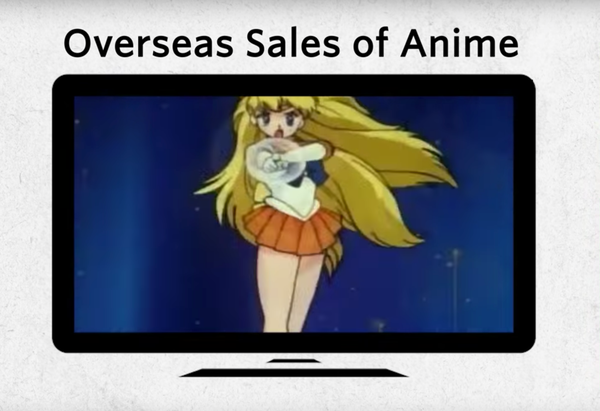 Overseas sales of Japanese animation rose 79% last year to $288 million, with about half of that increase coming from Chinese buyers. From Naruto to Detective Conan, the WSJ's Eva Tam gives us a look at what anime China likes to watch. 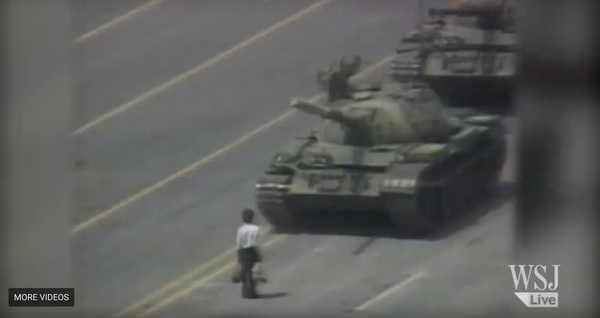 For 79 days, my colleagues and I at the WSJ covered Occupy Hong Kong from the beginning to the end. This experience really tested my resilience and willpower as a reporter. 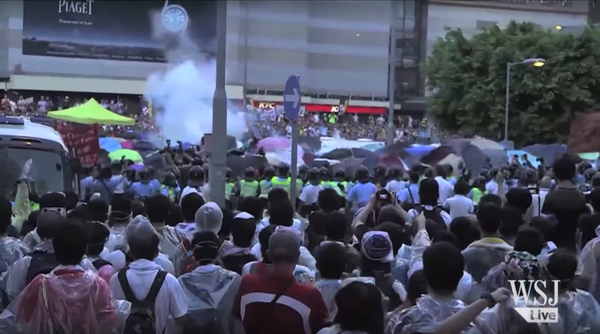 Occupy Central: How It Unfolded

Less than two weeks ago, the world watched Hong Kong protesters defend themselves against police tear gas and pepper spray. 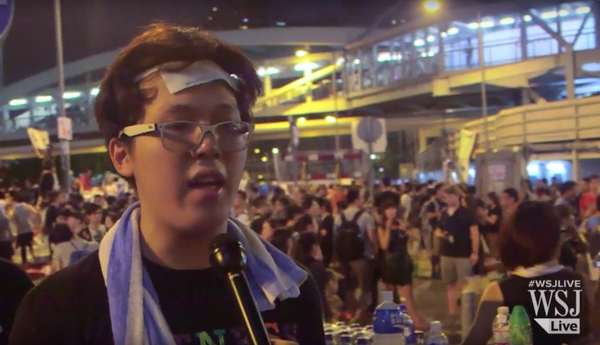 Use of Tear Gas Spurs Others to Join Occupy Central

Hong Kong protesters explain to WSJ’s Eva Tam why they’ve decided to support Occupy Central after police confronted them with tear gas and pepper spray the night before. 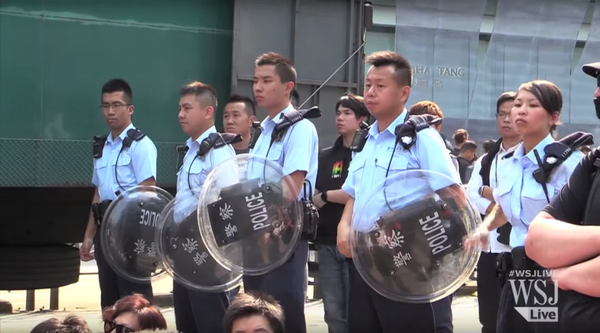 Hong Kong's pro-democracy protests are entering their third week, and demonstrators are now fighting to keep road barricades up. WSJ’s Eva Tam reports from the ground. 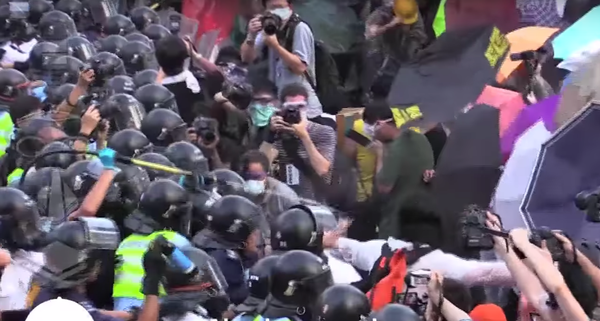 Five Things to Bring to the Occupy Central Protest

Thousands of pro-democracy protestors have geared up for Hong Kong's Occupy Central. WSJ's Ramy Inocencio and Eva Tam spoke to demonstrators to see what they’re carrying. 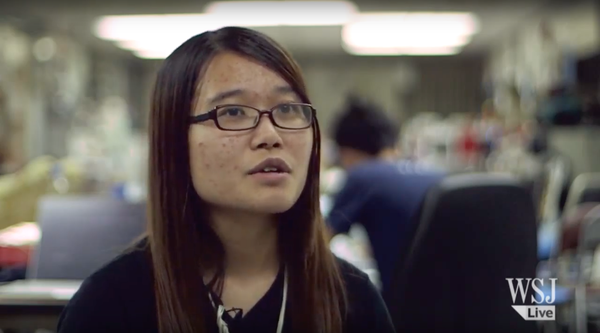 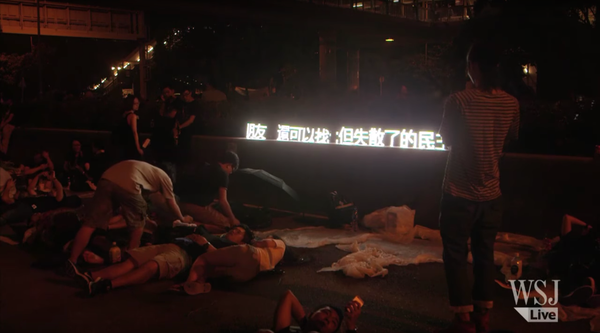 A group of artists put together a creation called the ‘Stand By You: 'Add Oil' Machine,’ an online platform that relays messages of support to Hong Kong’s pro-democracy movement from anywhere in the world. WSJ’s Eva Tam shows us how it works. 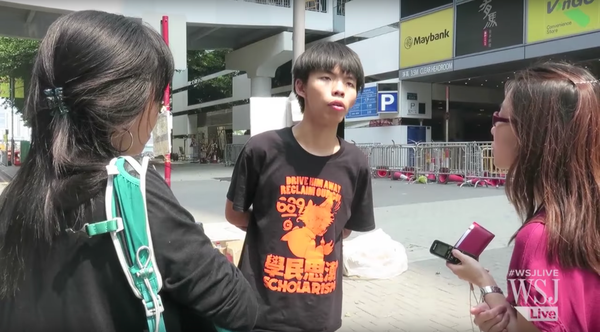 Hong Kong protest leader, 17-year-old Joshua Wong of Scholarism, talks to the WSJ about the movement's next steps and how he feels about U.S. support. 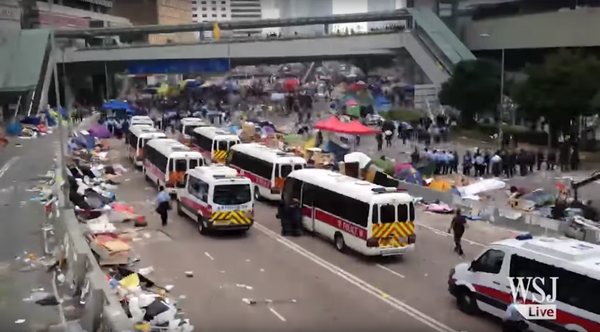 Time-Lapse: From Occupy to Empty Roads

Watch a time-lapse of Hong Kong's main pro-democracy camp on the day it was cleared out.
Load More
Close ✕ 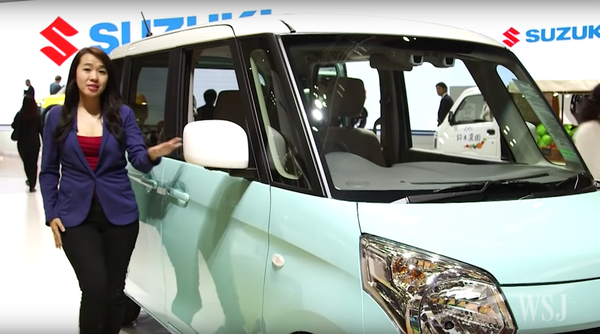 About 40% of cars sold in Japan are so-called kei cars. The WSJ's Eva Tam reports from the Tokyo Motor Show on why these small, boxy cars are so popular in Japan. 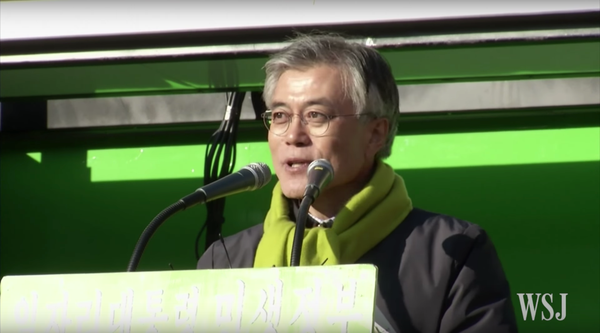 Who Will Be South Korea's Next President? 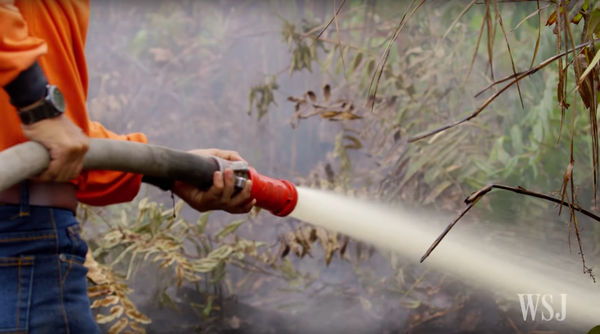 Forest-clearance blazes across Indonesia every year produce a toxic haze that is harmful to humans and the environment. Indonesian President Joko Widodo has implemented new measures to tackle the problem. 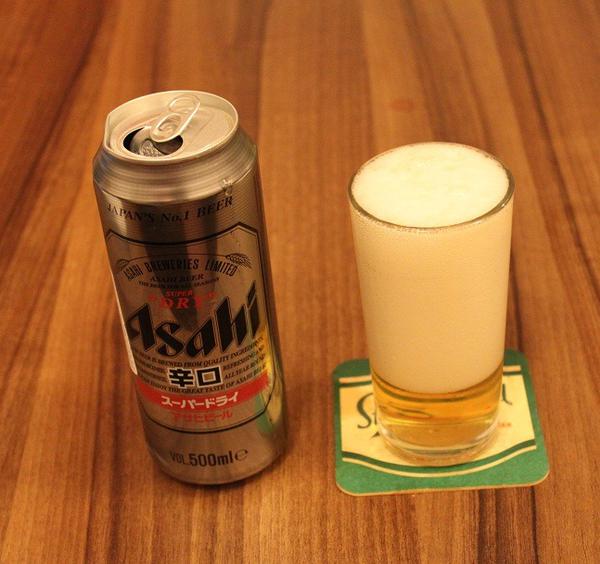 Asahi, Kirin, Sapporo and Suntory make up around 90% of Japan’s beer consumption, but globally account for less than 5% of the market. 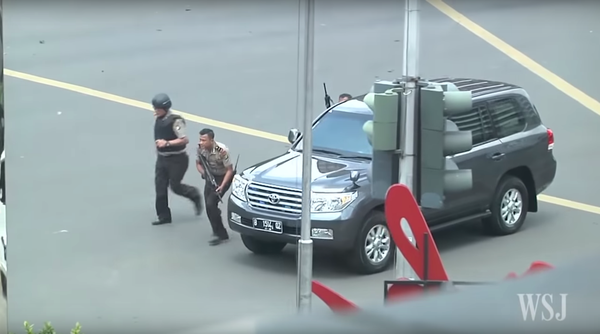 A younger generation of terrorists graduates in Indonesia's radical heartland. Solo, a small city in central Java, has been a center of Islamic militancy and appears to be linked to recent terrorist attacks. 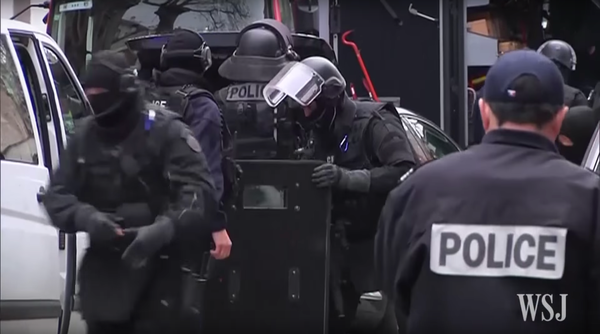 The recent terror attacks in Paris that killed at least 129 people are just the latest of many attacks claimed by Islamic State around the world. The WSJ's Eva Tam reports on some of this year’s deadliest attacks. 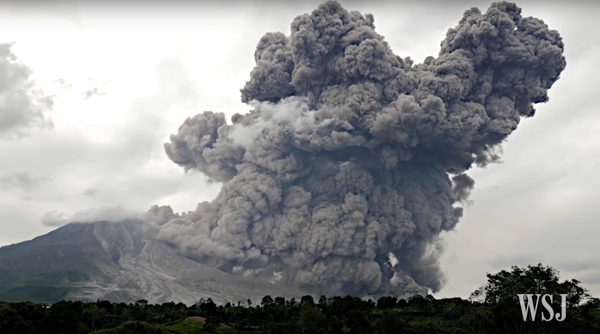 Why Indonesia Has Such Threatening Volcanoes

Indonesia's volcanoes, some of the world's most active, pose dangers not only to people on the ground but also to the many planes that increasingly fly through Southeast Asia. The government is now better using technology, science and communication to monitor eruptions. 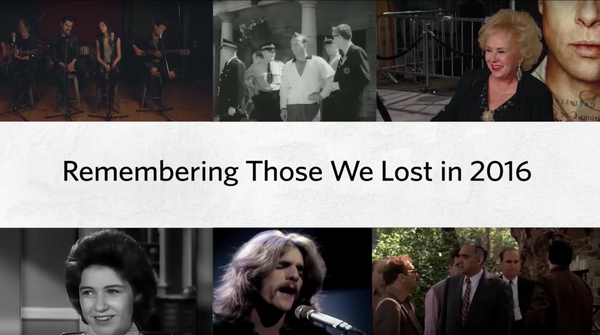 WSJ takes a look back at some of the notable entertainers, authors and athletes who died in 2016. 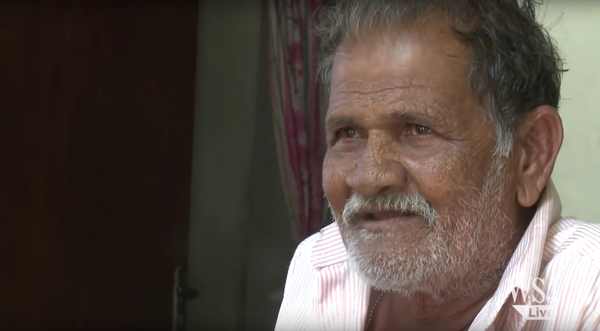 Returning to Sri Lanka, 10 Years After the Tsunami 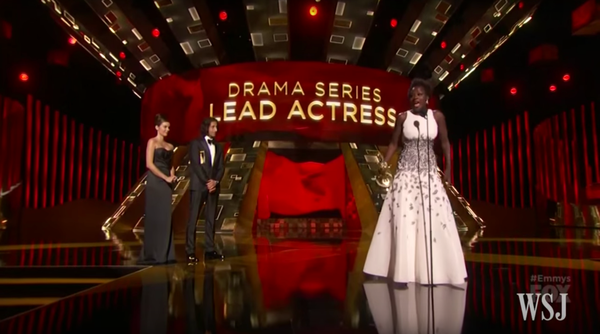 Viola Davis became the first black woman to win an Emmy for best actress in a drama. The WSJ's Eva Tam highlights other big winners at the 67th Primetime Emmy Awards, including ‘Game of Thrones,’ ‘Mad Men’ and ‘Veep.’
Load More
Close ✕